Between Christmas and New Years of 2005-2006, a few GWS members headed south to the warmer playground of Florida.  In particular, we went to Torreya State Park....just west of Tallahassee.  The weather was very mild.  In fact, on December 31st, the high was 78 degrees!
Bonnie Gehling, Chris Bryson, and Ron Turner spent our second day just south of Tallahassee on bicycles on the Tallahassee-St. Marks Historic Rail Trail.  This is a "rail to trail" paved path that bicyclists, runners, and rollerbladers can share.  Bonnie and Ron made the full 32 miles, while Chris fizzled out at 25.  The trail ends in St. Marks at an interesting looking restaurant. 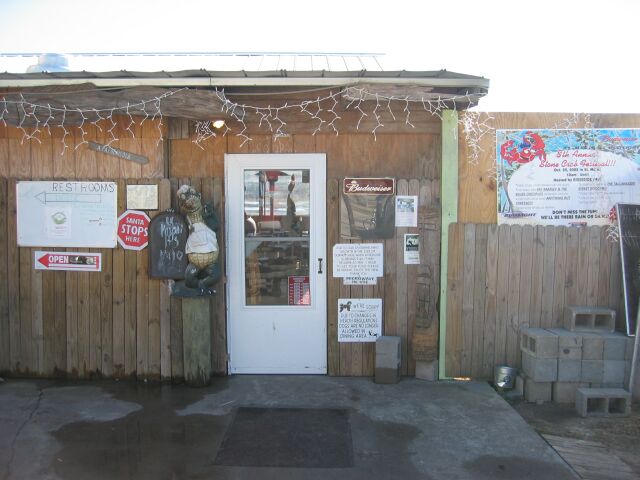 Actually, the Riverside Cafe is a bit better looking in person than above, but not much.  They have a strict rule about bringing pets inside the restaurant.  This is despite the constant flurry of birds within the open air seating area that swoop in and among the customers.  The decore was also interesting.  Something akin to Gilligan's Island meets Marth Stewart. 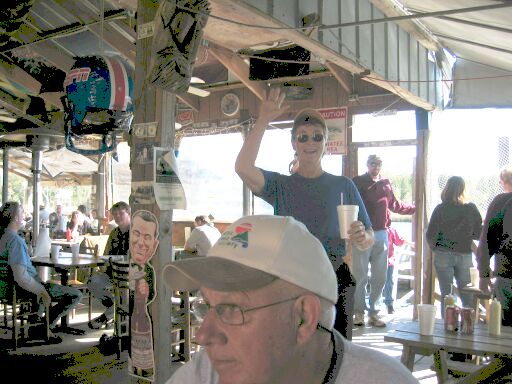 All the same, the food was great.  We had a really good grouper sandwich and some killer onion rings.
Bonnie gives a wave when returning to the table after venturing out back to the floating dock near the confluence of the St. Marks River and the Wakulla River.
We were off to the neighboring Florida Caverns State Park.  This full feature state park has some nice hiking trails, a good campground, and a great cave system beneath the limestone hills.
Our third day was spent touring.  We started by taking a tour of the Gregory House...an antebellum plantation home that is at Torreya State Park.  After hearing all about the ghosts that are supposed to haunt this home, we loaded up and headed west. 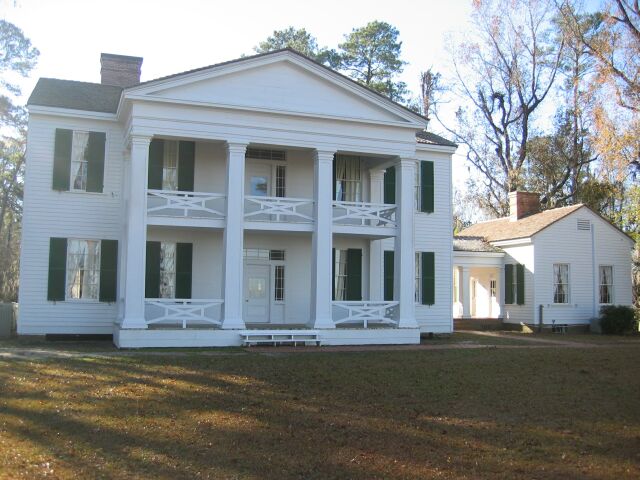 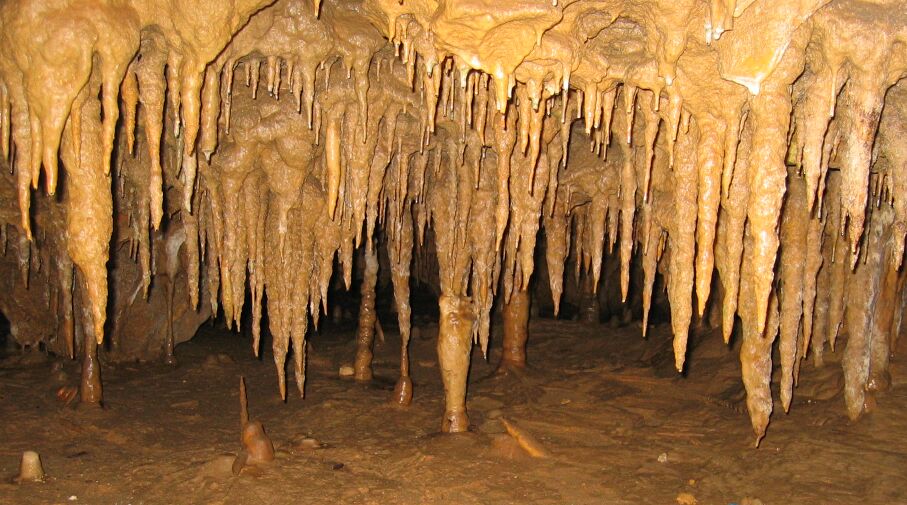 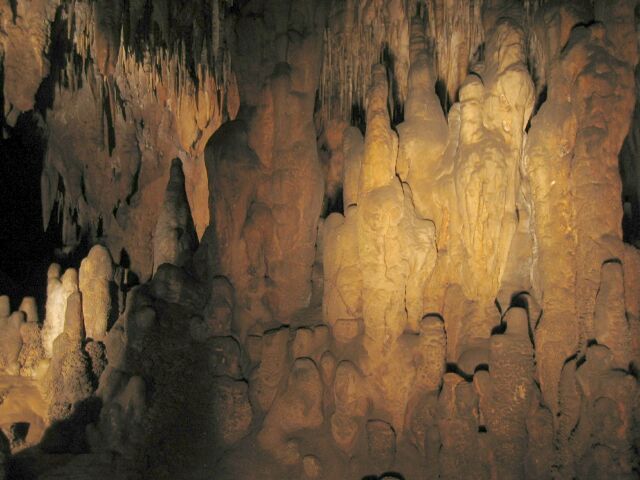 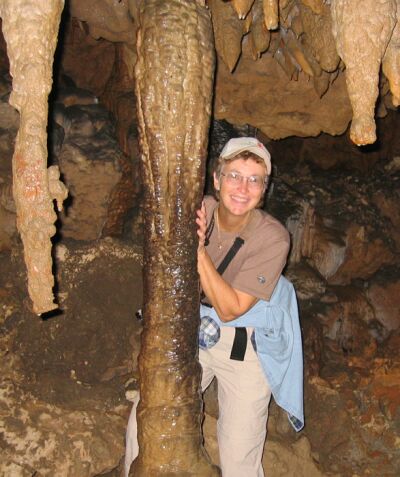 We even spotted the rare cave dwelling monster as it peered out from behind a pillar.
Ok, so it is only Bonnie.
And yes, this is one particular cave feature that you are allowed to touch.  Most of the features are strictly hands-off, as that the oils on your skin tend to damage the slow growing formations.
Below, Chris realizes the hard way that caves are not meant for tall people.  Lucky for him, his head is also pretty tough. 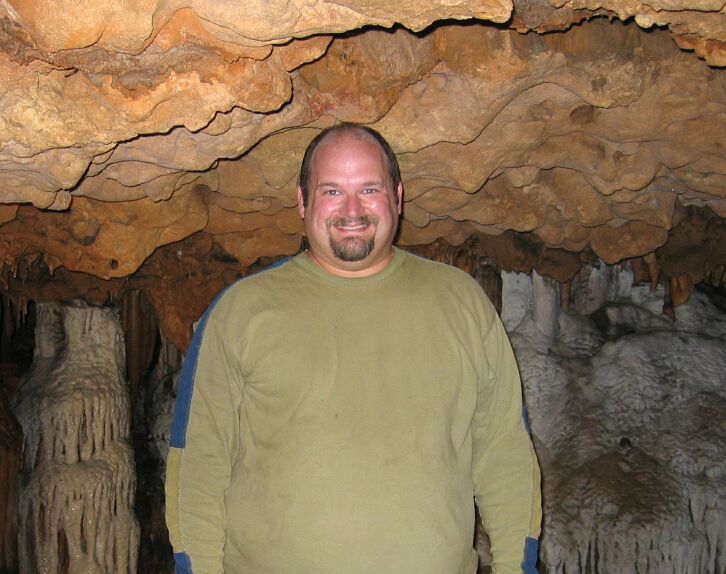 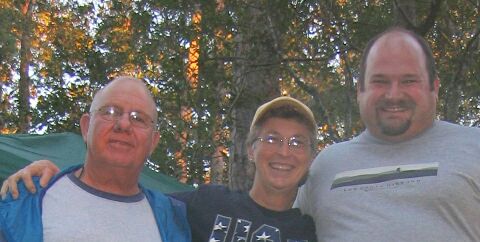 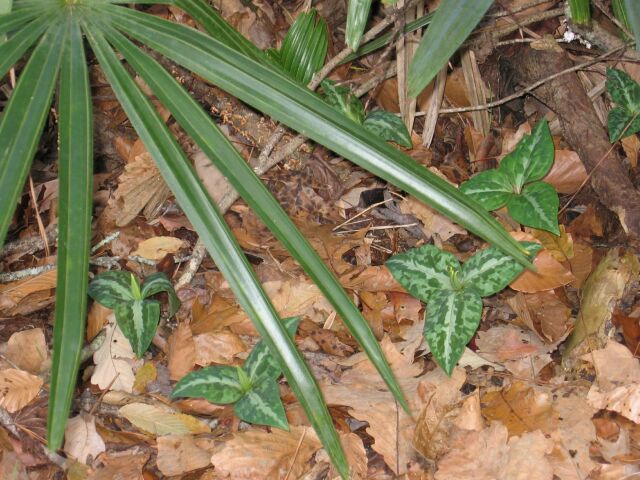 The two photos below seem to indicate that there was some confusion about the exact trail on the map.  Actually, the trails are very well marked and a lot of fun. 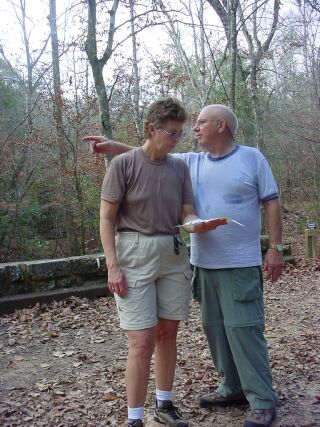