Selma Erwin hike on Thursday, December 12, 2019
Four hikers enjoyed the chilly but sunny December day hiking the trail at the Selma Erwin Nature Preserve south of Milledgeville. This is a 6.5-mile mountain bike trail loop, including the approach trail, with several ups and downs as well as two shallow stream crossings. There was a large tree at the second stream crossing to traverse. Ron was the only one to scurry across it. The womenfolk stepped daintily across on rocks! This trail is surely a strenuous circuit for cyclists and definitely a good workout for hikers. Even though no flowers were in bloom, we identified several plants such as ginger, partridge berry and a variety of mushrooms. We even discovered a troll at the base of a tree...a cousin to the Travelocity "Wander Wisely" guy! Once we had completed the loop, we missed the approach trail by a few yards that would return us to the parking area. Unlike the main trail, it was hard to see due to all the leaves covering it. Trip leader felt something wasn't right, so we turned around and found the entrance to the approach trail which led us back to our vehicles. Participants were members Mary Katz, Jane Giddens, Ron Hoppel and Margaret Clay, trip leader. 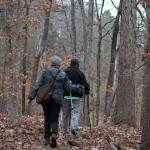 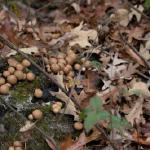 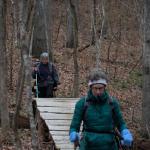 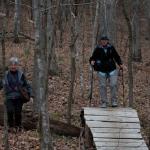 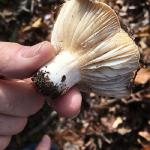 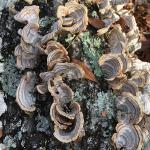 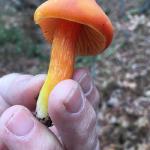 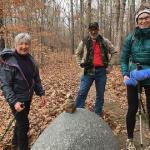 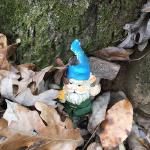 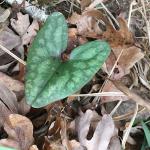 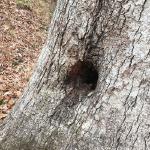 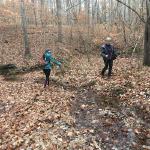 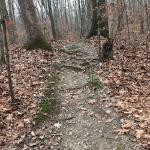 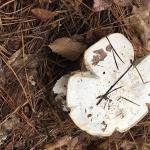 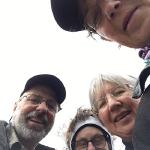 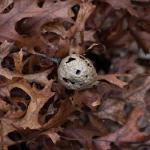 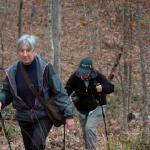 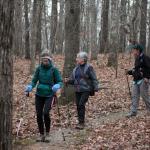 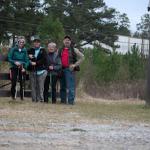 Selma Erwin Hike
May 5, 2020
Four GWS members hiked the Selma Erwin Trail on May 5 in glorious, sunny weather. Wonderful, fresh spring green was everywhere. Ginger was abundant. Dave Gardner spotted a young ‘possum at one of the creeks. Our lunch spot was very pleasant next to a stream with boulders to sit on. We spotted a few Indian pink flowers almost in bloom. Margaret almost had to clean out her drawers when Dave brought her attention to an eastern rat snake that she walked right passed without noticing. Basil pointed out a large deer in the distance….maybe a buck? A barred owl bid us adieu as we were hiking out. On the down side, ticks were plentiful, so, if you go, spray, spray, spray and don’t take the approach trail to the loop. The grass is very overgrown there. Instead, drive a little farther down Hwy 112 and turn right onto the grassy field where you can drive right up to the loop trail. Hikers were Basil Youman, Dave Gardner, Mary Katz and Margaret Clay, trip leader. 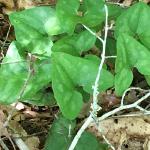 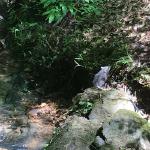 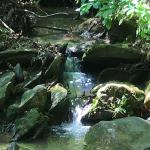 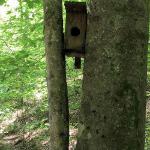 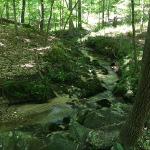 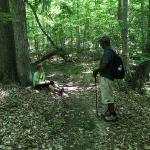 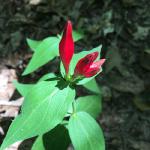 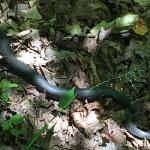 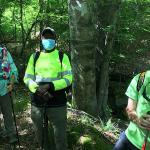